The aim is to obtain the most accurate representation of API’s defined using Open API specification to Hydra Specifications.

The parser starts parsing from the “paths” object of the OpenAPI spec from where it parses every path and method to check if the “parameter” or “responses” block is referring to an object definition defined in the spec itself, if found the parser goes to whatever location is defined to parse the object defined there.

From the object definition, it gets details like class name, description etc. It also gets the properties of the object defined from there. All this information is used to define a class and its supported_props.

The “responses” block defined under “path”/”method” of OpenAPI spec is parsed to check if the API is returning a collection/array of items. This information is used to determine if the class in the picture is to be defined as a collection or not.

When all of this is done we parse the method to obtain details like class_expects, class_returns, status codes, messages etc. Using the class name or path in question we fetch the already defined HydraClass from the dictionary and add the operation as supported_ops of the HydraClass.

Finally, we add all the classes with or without operations defined on them to the API doc and we generate Entrypoint for the system.

Doc Writer module is being used at several places to form the Hydra API Documentation. The following classes have been used: 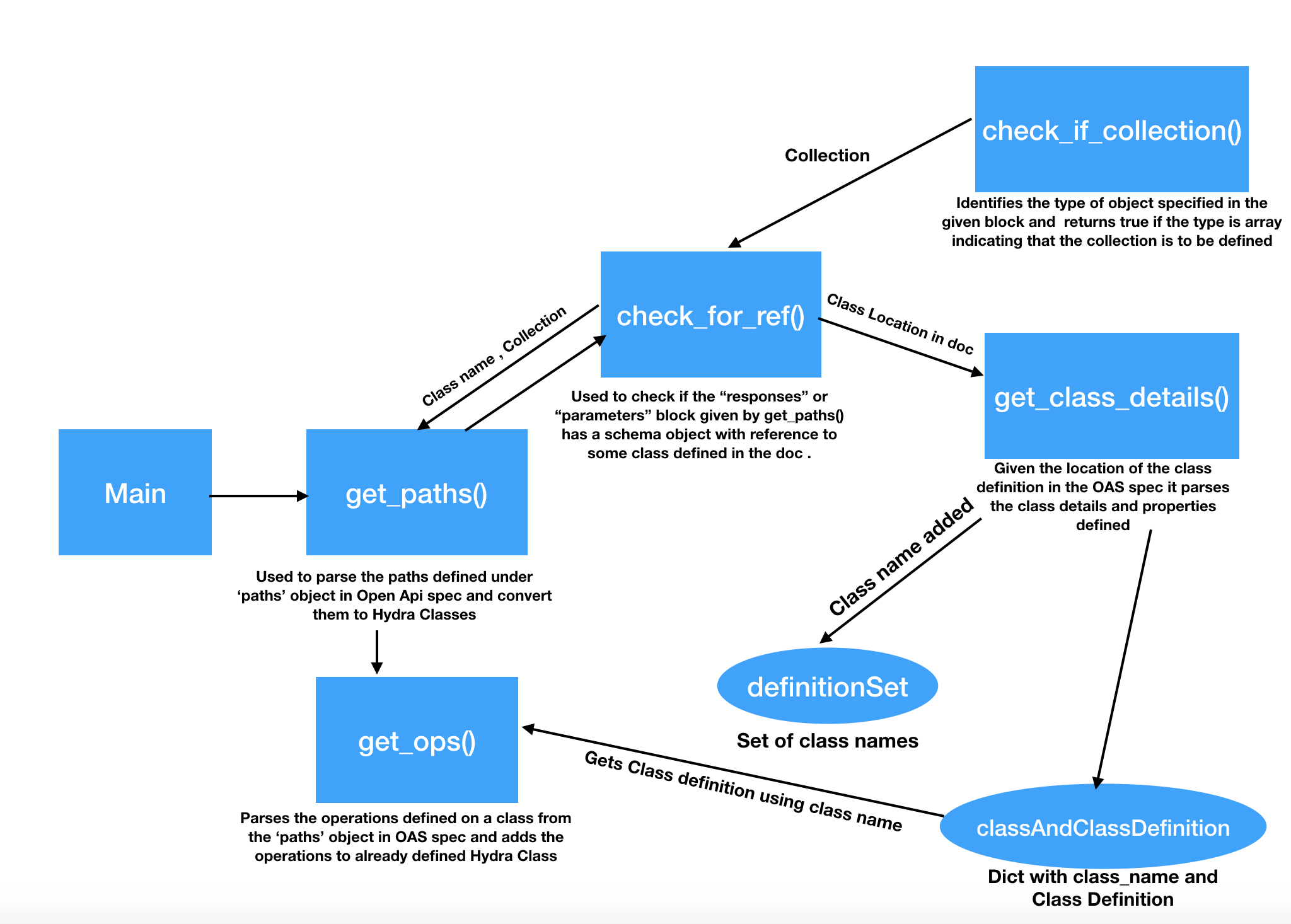